“Banking has to work when and where you need it. The best advice and the best service in financial services happens in real-time and is based on customer behaviour, using principles of Big Data, mobility and gamification.”– Brett King

Fintech is no longer a difficult option for banking industries. If I say it clearly than now it has become quite popular with the advancement of technology. The investment in this field has been increased from $51 billion to $112 billion in past one year. This increase is good and beneficial too. As now we could say that the digital revolution is standing in the doorstep of the financial sector. The revolution would surely bring a new surprise in the banking method that has been used from years.

Many among us would not be quite familiar with the term Fintech so let’s see what it is.

2. FinTech and its popularity

If you notice then word itself say all about itself Fintech is the combination of two words that are financial services and technology. Fintech is the use of technology came up through startups in the financial sector to enhance the already existing services and even and new services for modernization. The services include mobile payments, alternative finance, online banking, big data, and overall financial management. Mainly Fintech was used in bank-end of financial institutions and banks. The application of this technology is more for providing customer service. Thus, can be said as customer base which is an important part of the banking sector.  Now the level has reached a level in 2020 that we can trade stocks, manage funds, and pay for your insurance and food via this technology.

It has influenced the way customer interact or access their financial service which is the major application as revolution done. Now changes are recognized in every application of mobile payments done through apps such as square till the investment and even the insurance companies. If we look in today’s era then people don’t want to go for the service provided by the traditional banking system. Instead of that, they prefer a quick and modern method which are safe. This is why Fintech is gaining popularity among the people and causing distribute among the banks.

If we look at the statics of Fintech to know it better then a study that was previously made in 2016 shows clearly that a large number of Americans which would be about 86% of the population highly prefer the service of Fintech to manage their finance. The apps are highly used in this for. Means if we see then apps are roughly opened two to three times daily which is quite a good number. There are around 1.7 billion people around the globe that don’t have an account. Fintech is the option that has come as a saviour for them to access and participate in all financial service without even a bank account. The cutting-edge technology that is used in Fintech is one of the best options to carry all the required financial service.

It is said by experts that:

Fin-tech is not just a term that describes technological integration with Finance. It is the fuel that is going to decide the race and the winners in the market in the coming times. To drive towards success financial companies, need to implement some changes.

What has made this technology so much popular among people? Let’s see what are the advance made under this which is bringing change in the financial sector.

There are several new technologies that Fintech provide which made it gain so much attention indeed. Smart chip technology is among those technologies. This has helped in reducing the financial loss caused in case of mishaps. There is the use of EMV technology that is been embedded in the chip enabling the use of a one-time password (OTP) for every transaction we make. This increase the security as the OTP is valid only for a certain amount of time mainly in seconds and received in the registered device or the device preferred by the user in the time of transaction taking place. Also, if somebody tries to steal it then also it would of no use. Banks advise the user to memorize the pins to avoid frauds from taking place. The bank technology which is known as strip technology uses the same pin all the time a transaction is done that is sending invitations to frauds to happen.

The biometric sensor is also an interesting technology been in use under Fintech. Biometric sensor along with iris are the two major inventions made under Fintech technology. The technology has cut through the old method of carrying plastic card all the time which is quite a path-breaking. Also, now no need to remember the pin. The convenience of people has increased apart from that security of ATMs are secure as now payment can be made without using the password. In the biometric application fingerprint sensors, palm, and eye recognition to identify the account’s owner. Also, to make it more secure ATMs has now started to use micro-veins which is capable of deleting the error made by the ATMs in customer identification.

The use of such technology has brought so much relief mainly for the customers who panic after losing their card. By this, their funds can even be accessed without the use of cards.

Conclusion:  The edge-cutting technology under Fintech is increase due to the customer demand which is because they find these new changes quick and secure. Due to this, the banks are has led to adding these to the sector on a huge scale. Today Fintech is capable of doing many things that was much awaited. In the coming year, I am almost sure that this would reach to next level only as they are adding up many more advance bigger than retain banking software, core banking software etc. 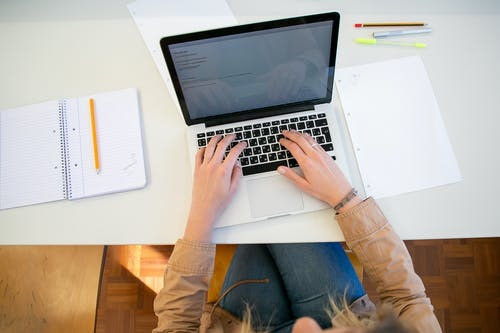